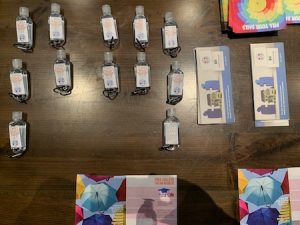 Members of IAM Local Lodge 2413 at Toronto Pearson Airport were treated to a healthy dose of appreciation and solidarity on Labour Day. The members, working for Menzies Aviation at the airport, were treated to an information session, lunch, hand sanitizers, bargaining surveys, and a host of literature about the many free IAM programs for members and their families.

“It gave us a chance to meet individually with the Menzies workers and to introduce, and re-introduce, the IAM and the many advantages they have of being members,” said Michael Corrado, General Chairperson and Organizer of IAM District Lodge 140. “It was also to honour the work these members have done during the pandemic to keep aircraft and the flying public safely in the air.”

The meeting costs were paid out of a settlement after the IAM won a grievance against Menzies. Approximately 120 members dropped by throughout the day and were able to get information, ask questions and to chat with each other.

“I’m glad Michael organised this event and very grateful the members came out in such numbers,” said General Vice-President David Chartrand, who attended the event. “It’s so important for our members to gather together and feel part of the bigger picture. We need more of these kinds of gatherings where we can engage our membership,” he said.​

Dave Flower, PDGC of IAM Transportation District 140 also attended. “Current COVID-19 restrictions have limited our ability to celebrate Labour Day as we usually would. It was great to see the hard work and effort that General Chairperson Mike Corrado and Local Lodge 2413 put into the get-together they organized. It was an honour to be invited and I enjoyed the opportunity to take part,” he said.

Watch a short video of Michael Corrado share a few words about the meeting: 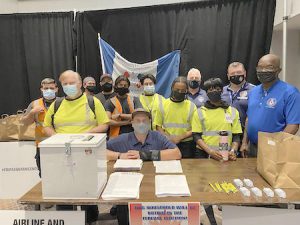 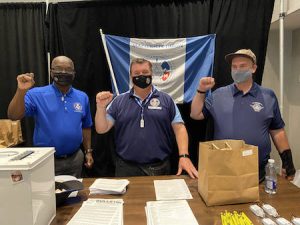 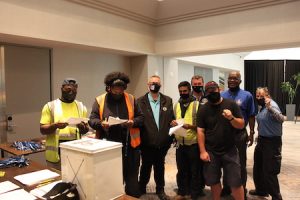 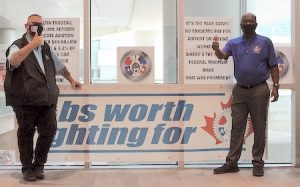 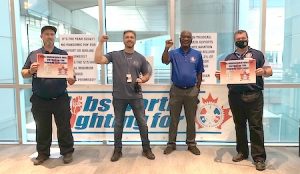 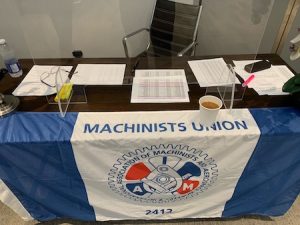 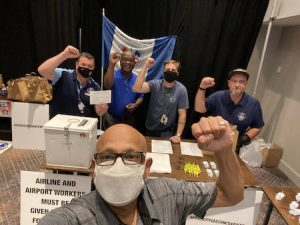 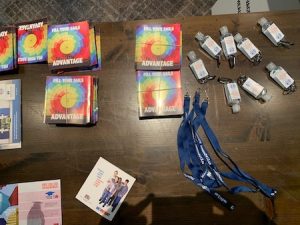 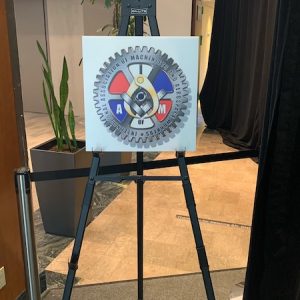