Aerospace leaps into the federal campaign 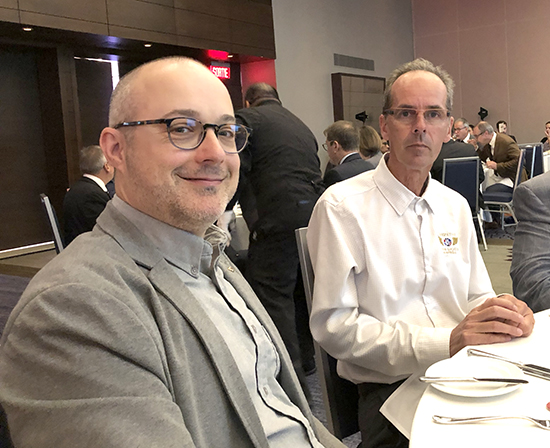 Montreal, QC – Four representatives of the major federal political parties outlined their vision for aerospace in Canada at an event organized in Montreal by the Aerospace Industries Association of Canada (AIAC).

Candidates Alexandre Boulerice of the NDP, Gabriel Ste-Marie of the Bloc Québécois (BQ), Marc Garneau of the Liberal Party of Canada (LPC) and Neil Drabkin of the Conservative Party of Canada (CPC) gave an overview of their party’s proposals in front of over 150 industry players.

Over the past year, with the documents, “Grounded Potential” and “Thrusting Quebec to new heights, for a renewed commitment to aerospace”, the union reaffirmed its vision to see Canada commit to such a policy. At a time when it is more important than ever to go in this direction, we are no longer the only ones to think or talk about it. Indeed, the AIAC, Aero Montreal, CAMAQ and several other industry players agree with the IAMAW on this issue.

On the political side, each candidate made interesting suggestions that corresponded to the ideals of their parties. However, it was Gabriel Ste-Marie (BQ) and Alexandre Boulerice (NPD) who were the most convincing advocates of the idea of a pan-Canadian aerospace policy, which will create wealth for all and is based on a long-term vision. In short, the proposals put forward by the two candidates were undoubtedly the ones that most corresponded to the vision we propose.

What the candidates said, in brief:

This article was originally posted on the IAM Canada website. View the original post here: Aerospace leaps into the federal campaign