IAMAW’s Call for a National Aerospace Strategy is Taking Flight 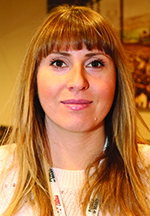 Canada’s aerospace industry is certainly becoming a topic of discussion among political leaders of all stripes.  The debate around CF-18 replacement has put the aerospace industry once again at the center of these discussions. The IAM’s lobbying efforts, countless meetings and collaborations with leading industry players and industry associations, such as the AIAC and the CCAA have also raised the profile of the industry – and issues that plague it.

“We promised to advocate for our members in the aerospace industry for as long as it took to get the issue on the national political agenda” said General Vice-President Stan Pickthall, and as of today, “we can say that goal has been achieved, but our advocacy will not end there.” GVP Pickthall went on to add, that, “the next step is for the government to begin developing components of a comprehensive national strategy to bolster the Canadian aerospace industry. Our call for a national strategy is finally taking flight.”

Not only have we been successful in raising the profile of challenges the aerospace industry faces, more importantly, our call for a comprehensive national strategy has been echoed by the AIAC, CCAA, and supported by both the NDP and Bloc Quebecois.

NDP Leader Jagmeet Singh recently commented that, “there need to be clear commitments that we protect the sector here in Canada. The fact that over the years we’ve not seen that clarity shows why we’ve been calling for so long for a clear national strategy when it comes to our aerospace sector.” Singh explained that, “we have a strong foundation, we need to build on that with a national strategy that sets out clear guidelines for how we can build on our current success, create more jobs, and protect the jobs we have.”

Alexandre Boulerice, NDP Quebec Deputy, accompanied GVP Stan Pickthall earlier this year on Parliament Hill upon the release of, “Grounded Potential” and emphasized once again that, “having a coordinated national strategy will “not only keep what we have in Canada, but we will be able to grow.”

At the root of the IAM’s national strategy is an industrial policy, which would target the sector, employment, training; the pieces are already there, but they’re not coordinated. We’re not necessarily asking for more funding, what we’re saying is the funding that is provided isn’t tailored to the industry. The IAM believes that we should tailor it to take the resources and spend them better and more efficiently.

This sentiment is echoed by the President of the AIAC, Jim Quick, who said that an industrial policy is paramount, as it would, “outline for us how we’re going to be able to compete over the next five to 10 years”. Mr. Quick went on to say that what’s at stake is “Canada falling further behind globally; we are ranked fifth in the world as an aerospace nation, with 36 million people. What that means is we’re punching way above our weight. As we look at what needs to be done in order to compete globally going forward, we really need to think about how we want to position the aerospace industry.”

The AIAC will be asking the new minority government to establish an aerospace caucus, which Boulerice thinks will be beneficial as a way to, “exert internal pressure on the government and could also take a public stance on an issue.”

The IAM firmly supports this and any other forums for constructive discussions that help the new government begin developing a strategy for the aerospace industry. There is so much at stake in the high skies and so little time. Something must be done, and we are playing a part in getting it done.

This article was originally posted on the IAM Canada website. View the original post here: IAMAW’s Call for a National Aerospace Strategy is Taking Flight