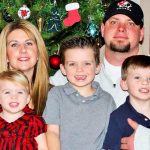 Fort McMurray, AB – How much disaster can a person handle? Ask Desmond (Des) Doerksen. He’s a member of IAM Local 99 in Alberta and he lost three houses in the last four years – two to floods and one to fire.

Des lost his first home during the great fires in Fort McMurray in 2016. Ironically, it wasn’t fire that destroyed his house, but water. Due to the urgency of the situation, many areas were water-bombed. His house was one of them. The damage from the water-bombing and the municipal fire department measures destroyed his house. He says the city and the insurance company simply walked away from the damage and refused to compensate him or his neighbours.

After moving his family to Williams Lake, BC in 2017, he was struck again and caught in the wildfires there and had his home burn down. He subsequently moved back to Fort McMurray into his reconstructed house but was on disability leave for two years due to an injured back.

He returned to work in mid-March this year and things seemed like they were getting back to normal, but it wasn’t long before the third disaster hit. The city was flooded due to an ice-jam. “The culverts behind my house didn’t have mechanical shut-offs and started gushing water. Despite the municipality telling him not to, he started pumping the excess water away. “I had no choice but to try and save my house,” he said.

Asked how he feels these days, he admits to a lot of fatigue and tunnel vision, “There’s so much going on, so much to look after, so many details that I can’t lose my focus. I wake up in the morning and there’s a ton of stuff to do – and I have to do it.”

Doerksen has a wife and three children, 12, 10 and 8-years old. “They’ve lived most of their lives being affected by disaster,” he says. “I rewired my whole house last year. Now I have to rewire it again.”

He put out a call on Facebook and his friends and co-workers responded with a rush of generosity – of time, money and effort. They drove to his house and helped out with whatever was needed. “They helped me gut the entire house. It was full-scale support. They brought water, pressure washers – even a flat of beer. They even helped to load up six dump trucks full of the damaged goods and materials,” he said.

Helping others comes naturally. As bad as his situation was, some of his neighbours were worse off. He pitched in and helped them out. Whatever was given to him, he shared with others. “Some older people were stuck in their houses just waiting for help to come. You have to help those who need it,” he concluded. 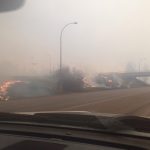 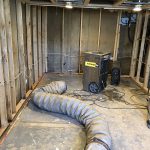 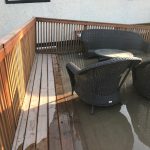 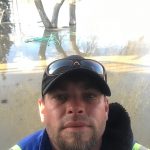 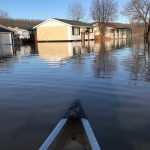 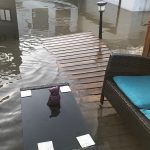 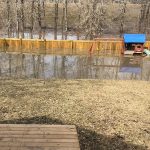 Doerksen’s employer, Finning, the world’s largest Caterpillar dealer, sells, rents and provides parts and service for a variety of industries, also threw their support behind him. “They sent six humidifiers, two generators, as well as two mechanics to install and make them run.”

When asked what normal would look like, he responded, “I don’t know, but it’s going to take a long time. We only got $25,000 for the sewer backup. The insurance company won’t pay up. I’m using my vacation while all this is going on. I have to sleep at the house because there’s looting going on. The insurance company says they aren’t responsible for anything more. Then there’s the COVID stuff going on. I’m staying at the house, although the company is letting us use a condo so we have a place to shower and change. But it’s going to take a long time.”

“I’ve learned a few things from the last few years: You’re a lot stronger than you think; you don’t need as much sleep as they say you do; you can’t only think of yourself and never be afraid to reach out.

“The most important thing I’ve learned, though, is that the saying ‘sisters and brothers’, which never meant much to me in the past, now means the world.”

Solidarity is a wonderful word but it’s better when put into practice. IAM Local Lodge 99 member Desmond Doerksen has lived the benefits of true solidarity.

If you would like to help Desmond and his family, please email Jim Patterson (see below).

This article was originally posted on the IAM Canada website. View the original post here: Despite Flood and Fire – The Story of IAM LL99 member Des Doerksen (and friends)