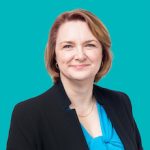 Toronto, ON – More than four thousand delegates to the Canadian Labour Congress’ first-ever online convention voted in the team of Bea Bruske, Lily Change and Siabhan Vipond, along with incumbent Vice-President Larry Rousseau, were overwhelmingly elected to the top four positions at the Congress and will lead the Canadian labour movement for the next term.

“The IAM, and I personally, supported TeamCLC,” said Stan Pickthall, IAM Canadian general Vice-President. “We are proud to have elected three strong women and a strong, racialized man to lead us. Together, they will make the labour movement stronger for all workers.”

“There are many challenges ahead for workers in both public and private sectors. We are confident that the team led by Sister Bea Bruske is the best leadership available to working families. They are all life-long labour activists who have been committed leaders in their own organizations. We look forward to working with them as the labour movement continues to build power for workers across Canada,” said Pickthall.

Derek Ferguson, Derek Ferguson GLR said “I have to thank locals from across the country for sending their delegates to the CLC virtual Convention. I want to thank all our delegates for their participation, including the many first-time delegates, it’s encouraging to see the level of involvement grow.”

Outgoing officers, President Hassan Yussuff and Marie Secretary-Treasurer Clark Walker spoke movingly about their experiences at the helm of the CLC and wished the new officers the very best.

The Canadian Labour Congress is the largest labour organization in Canada, bringing together dozens of national and international unions, provincial and territorial federations of labour and community-based labour councils to represent more than 3 million workers across the country.

More on the new Executive Board of the Canadian labour Congress:

Bea’s passion for the rights of working people was ignited in 1987, when she and her UFCW Local 832 co-workers held the line strong for 125 days to achieve a fair contract at the Westfair grocery chain in Manitoba. She has served workers and their families for three decades.
Read Bea’s full bio 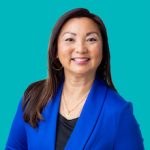 A member of CUPE Local 79, Lily began working as a social services caseworker for the former municipality of Metropolitan Toronto in 1989, where she saw firsthand the impacts of inequality on the families she supported. She also became a steward for her Local, where Lily acted as a bridge builder and mobilized across the social services division to tackle a staggering wage gap between caseworkers at the Metro and provincial levels, and later for wage harmonization and pay equity within the amalgamated City of Toronto. Read Lily’s full bio 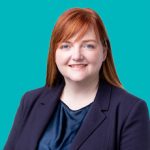 Siobhan recently completed her fourth elected term as Secretary-Treasurer of the Alberta Federation of Labour. Siobhan Vipond is a committed trade unionist who works tirelessly to defend the rights of workers in both the private and public sector, and is an advocate on occupational health and safety, women’s equality and the importance of workers’ voices at all levels of government and industry. Prior to joining the AFL, Siobhan worked as a stage and film technician and is a proud member of the International Alliance of Theatrical Stage Employees (IATSE), where she served as Secretary, Vice President and President of IATSE Local 210. Read Siobhan’s full bio 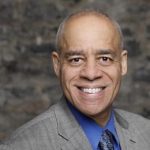