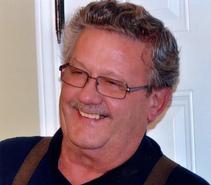 Charles was hired at Champion/Volvo and joined the IAM&AW on Feb. 12, 1973, as a machinist. There will be a graveside service at the Maitland Cemetery, June 28, 2016.

Charles was on the executive of LL 1863 for many years and also on the LL 1863 Hall Board. Charles took on the president’s job for a while when we started the LL 1863 Retirees Club. Charles took the IAM&AW Union very seriously in all the Union positions he held over the years at Champion/Volvo Motor Graders Ltd. in Goderich, ON, Canada.

His family will receive a Bible from the LL 1863 Retirees Club.