Valliere is the new DBR of IAM District Lodge 78 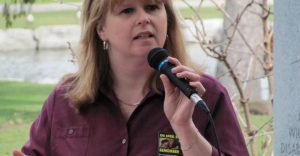 Valliere has served on the executive of the Ontario Provincial Council of Machinists (OPCM) becoming President in 2010 through 2016.

In 2013, Kim was selected for the mentoring program at District Lodge 78 becoming a Business Representative/Organizer in January 2014.

A 29 year IAM member, Kim has served as executive board member on several community organizations such as; The Workforce Planning Board of Waterloo Region, United Way of Waterloo, Waterloo Regional Labour Council, and the Cambridge NDP Provincial and Federal Riding Association.