100 years ago today the Winnipeg General Strike began and it was the Machinists who lit the fuse! 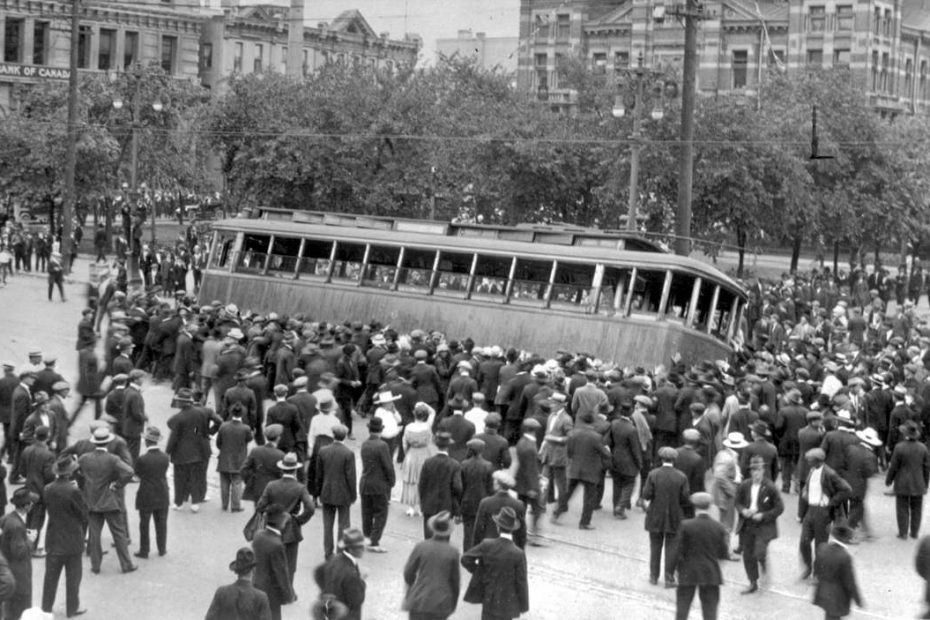 Winnipeg, MB – One hundred years ago today the labour movement in Canada had learned clearly: it had to move into direct political action, if workers’ rights were to be protected. Today we celebrate the 100th anniversary of the beginning of The Winnipeg General Strike.
The Immediate post-World War 1 period in Canada was not a time of peace. Soldiers returned home wanting jobs and a normal lifestyle again, only to find factories shutting down and soaring unemployment. Corporate profiteering fed inflation and a high cost of living. Poor factory working conditions caused worker unrest. Social tensions grew.
Nowhere was this more evident than in Winnipeg, Manitoba. There, workers in the construction and metal industries attempted to strengthen their bargaining ability by creating umbrella unions – the Building Trade Council and the Metal Trade Council.
Workers from both industrial groupings went on strike to gain union recognition and to compel employers to respect collective bargaining rights.
The Building and Metal Trade Councils appealed for support from the Trades and Labour Union, the central union body representing the interests of many more of Winnipeg’s workers for support. The Trades and Labour Union voted in favour of a sympathetic strike. “Every organization but one has voted in favour of the general strike,” said Ernest Robinson – Secretary of the Winnipeg Trades and Labour Union.
The spark that ignited the Winnipeg General Strike was provided by Machinists from IAM Local Lodge 122 under the leadership of R.B. Russell and Peter Henrenchuk at Dominion Bridge.