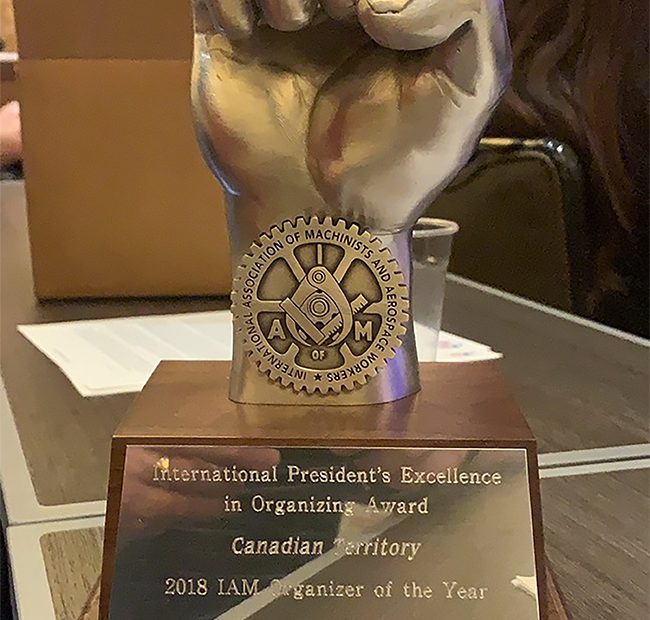 San Diego, CA – Canada surprised everyone, except Canadians, at the recent IAM International Staff Conference last week in San Diego, CA by taking top honours for organising. All IAM territories did extremely well, but Canada rose to the top. 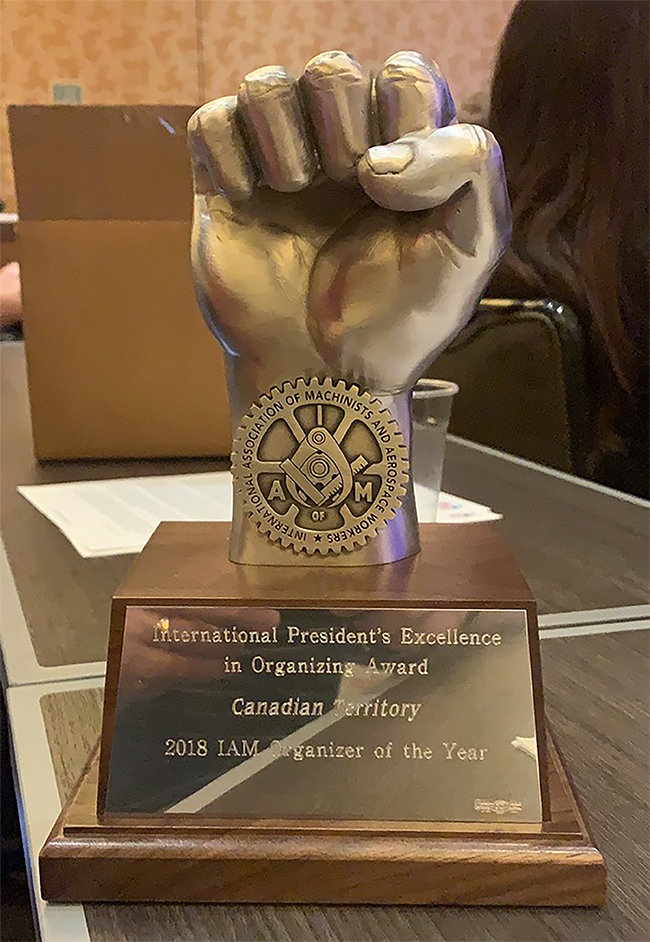 This trophy was created to recognise the work being done in all IAM territories
towards making the IAM stronger with new members. It’s about creating power!

The International President’s Excellence in Organising Award, awarded for the first time this year, recognises the work done by staff and members in invigorating the IAM membership. “While the union’s slogan ‘Organising is Priority One’ was created many years ago, the hard work of organisers is finally showing big dividends,” said Ron Fontaine, Canadian Territorial Organising Leader.

Along with a specially created individual award, a plaque will list all future winners and will be hung at the William W. Winpisinger Education and Technology Center in Maryland. Names will be added on an on-going basis to recognise the work being in IAM locals, districts and territories across North America.

Stan Pickthall, who has been at the Canadian helm to oversee the dramatic rise in new members, said of the efforts in Canada, “Canada has a great many dedicated organisers who inject their energy and creativity into our campaigns, so it’s really no surprise that Canadians led the field when it comes to adding new members. Our numbers were great this year, but we are looking to repeat in 2020 and keep the title,” he said with a smile. 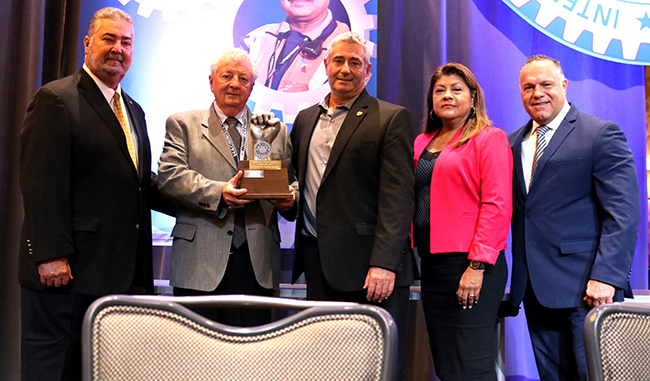 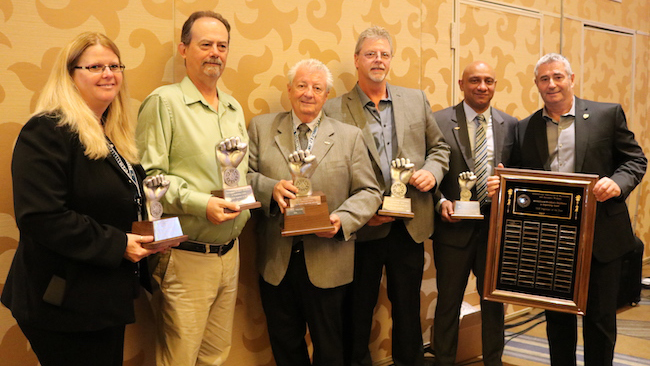 From right to left: Kim Valliere, Scott Jackson, Ron Fontaine, Ralph Martin, Sam Jabbar, Stan Pickthall
(holding the plaque will list all future winners and will be hung at the William W. Winpisinger Education and Technology Center in Maryland)