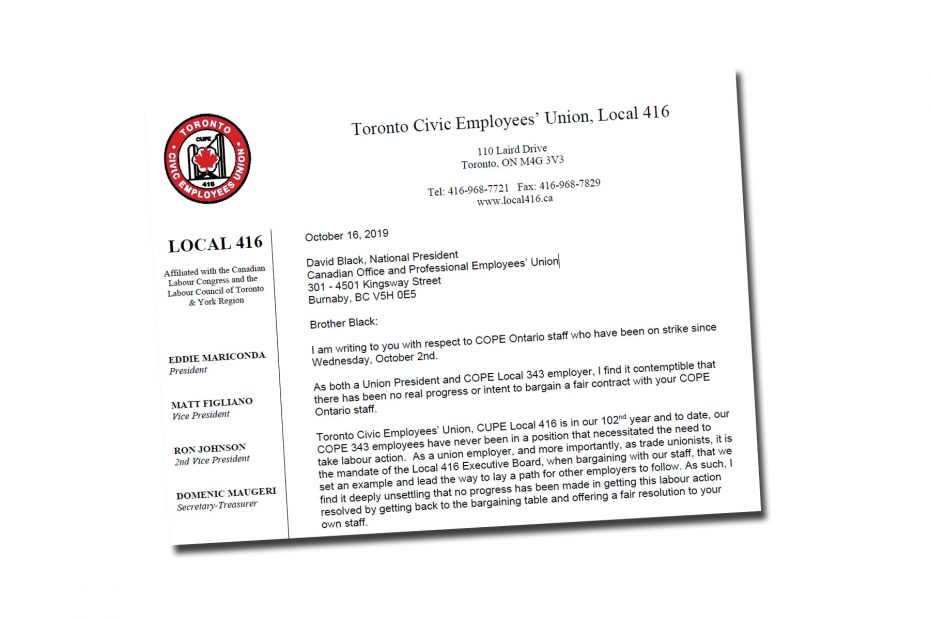 On October 16, 2019, Eddie Mariconda, President of the Toronto Civic Employees’ Union – CUPE Local 416, sent a letter to COPE National President David Black, calling on the national board to direct COPE Ontario to return to the bargaining table with striking IAM members and settle a fair contract.

“I strongly urge the COPE National board members to direct your provincial counterparts to get back to the bargaining table without delay. It is imperative that you put an end to this labour action and treat your staff with the same dignity and respect that you expect from your member employers,” says CUPE Local 416 President Eddie Mariconda in the letter.

IAM members at COPE Ontario have been on strike since October 2, 2019. The twenty COPE Ontario staff work throughout the province, representing and assisting COPE union members at their workplaces.

Sign our petition and send a message to COPE Ontario management. Tell them that solidarity begins at home and that IAM members deserve a fair contract.