What will you do the day after the election for the aerospace industry?

That was the question that the IAMAW had for the five candidates at the all candidates session hosted by the AIAC in Toronto on October 3, 2019.  The Liberal and Conservative candidates took that opportunity to slander each other’s parties rather than giving specific details on their party’s platform on the aerospace industry.

The NDP candidate was the most effective and provided specific details on how the NDP plans to support this important Canadian industry. Saranjit Singh, the NDP candidate, relied on our report, “Grounded Potential” to thoroughly understand issues facing the industry.  He highlighted a key issue raised by the IAMAW and industry leaders, that being a critical shortage of workers. The industry needs to replace up to 33% of the current workforce by 2025.

The Conservative candidate, O’Toole, emphasized his military background in hopes of convincing the audience that he knew more about aerospace than the others. Instead of talking about the Conservative’s plan to support aerospace companies, he instead attacked the Liberals as changing their position on procurement decisions and moving away from the CF18 to the F22 and then the Hornets. The problem with this is that O’Toole forgot that it was Harper’s Conservatives’ who flip-flopped on their election promises as soon as they were elected. In fact, O’Toole should know better, given that he was part of the Harper government then. The Conservatives either have a short memory or a selective memory, but in either case, it’s misinformation.  When asked about what he would do the day after the election to assist the industry, he spoke about Arctic security, and shipbuilding. Guess he forgot his audience!

The Liberal candidate, John Mckay, talked more about the Liberal’s Infrastructure Fund and how the industry could tap into this. Much like O’Toole, McKay failed to propose something concrete on how he would assist the industry. He also agreed with O’Toole on the issue of Arctic security.

Meanwhile the only bright spark came from the NDP candidate Saranjit Singh as he focused on key issues that the industry needs to overcome. He also highlighted areas that are in particular need of investment, such as, research and development (R&D) along with support measures to have skill development in schools and easier access for funding to the industry. 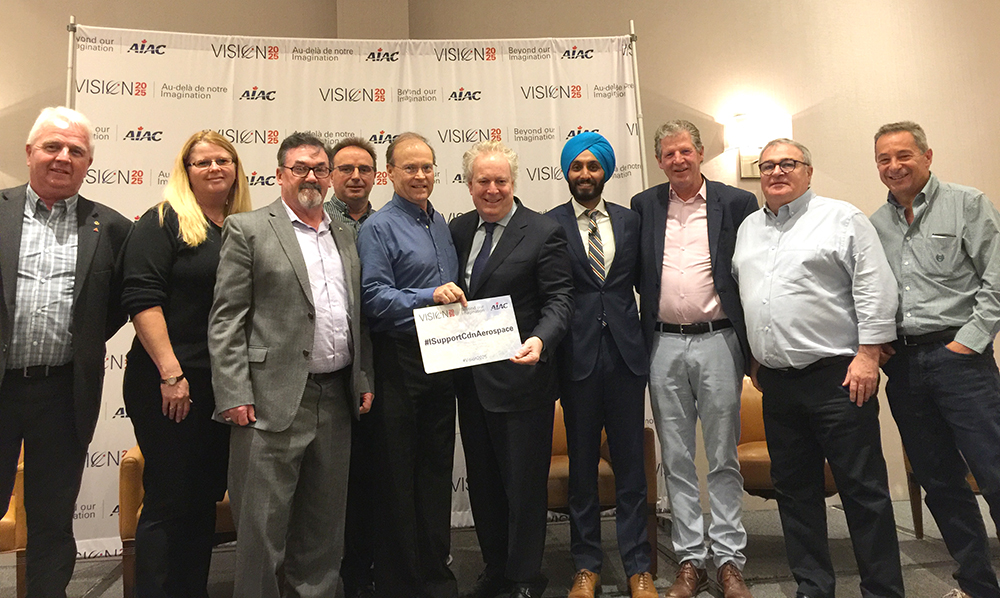 The People’s Party and the Greens also participated on the panel discussion, however, neither offered any insight on how to support the aerospace industry, which is a clear indicator that neither party have a plan.

Canada’s aerospace sector stands as one of our country’s proudest achievements, providing nearly 215,000 jobs and $25.5 billion annually to the Canadian economy. It’s an industry that should not be taken for granted. The IAM represents the largest number of Canadian aerospace workers.

This article was originally posted on the IAM Canada website. View the original post here: What will you do the day after the election for the aerospace industry?