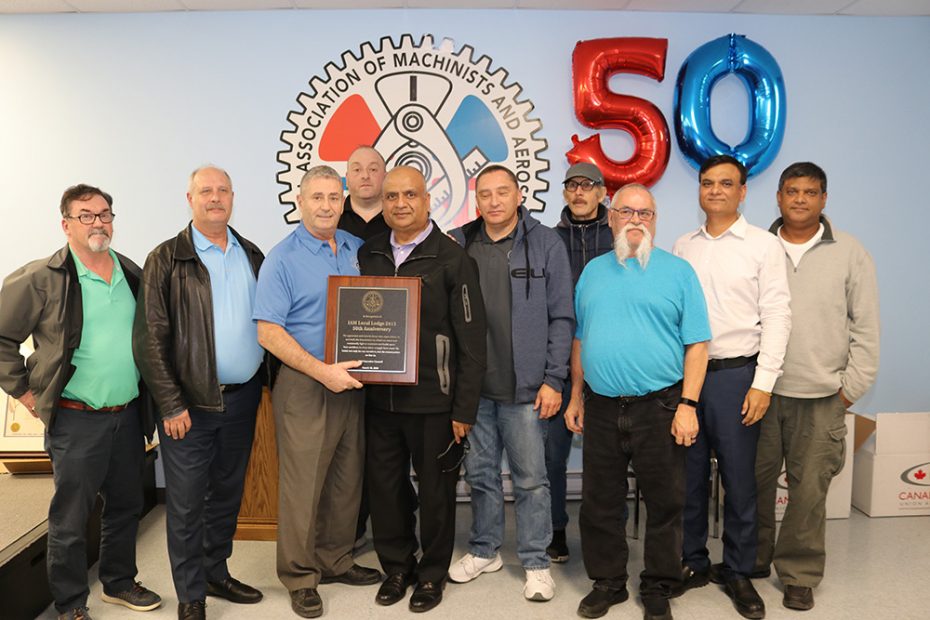 Toronto, ON – Fifty years ago, on this very date, Local Lodge 2413 was awarded its own charter, making them certified members of the IAM. The local was presented their charter by then Canadian General Vice-President Mike Rygus on March 10, 1970. They celebrated their historic anniversary with a small gathering added on to their regular monthly meeting.

The local began life with 55 members and now boasts in excess of 1800 active and retired members in the aviation and transportation sectors.

One of the founding members, Steve Vodi, first President of the lodge, attended the celebration and was also awarded a 50-year pin, a certificate and a Gold Life Membership in the IAM. Vodi, who was hired at Consolidated Aviation Services in 1968, started the petition to join the IAM. Vodi spoke to enough members who agreed that joining a union was the best thing for all. The late Jim Goodison was the GLR for the IAM.

They became part of what was originally Local 1772, but eventually received their own charter. “We became part of a composite local, meaning we were one of a few groups of workers from different workplaces, including members from Remington Rand, who made typewriters,” said Vodi. “The airport fuelling industry has gone through a few takeovers and buyouts but we held together and now our members work under 18 different contracts. We’ve come a long way in 50 years.”

Canadian General Vice-President Stan Pickthall shared a few comments and congratulated members of the local on their commitment and longevity. “The members of this local have set a great example for all trade unionists. We have seen them stay rock-solid during some of the troubled times they have faced, but we have also seen them grow despite those challenges.”

“I want to personally thanks the members for their solidarity and wish them another successful 50 years,” added Falconer.

The LL2413 executive and some of the general membership witnessed the Pin Presentation – where members are given lapel pins for the number of years they have held membership in the IAM. Recognition begins at 15 years and continues on to 50-year memberships. Pickthall, along with Chief-of-Staff Gord Falconer and LL2413 Secretary-Treasurer Stan Theofilaktidis, made the pin and card presentations. The celebration concluded with a meal for the members.

Visit the local yourself on their website at www.iamaw2413.ca 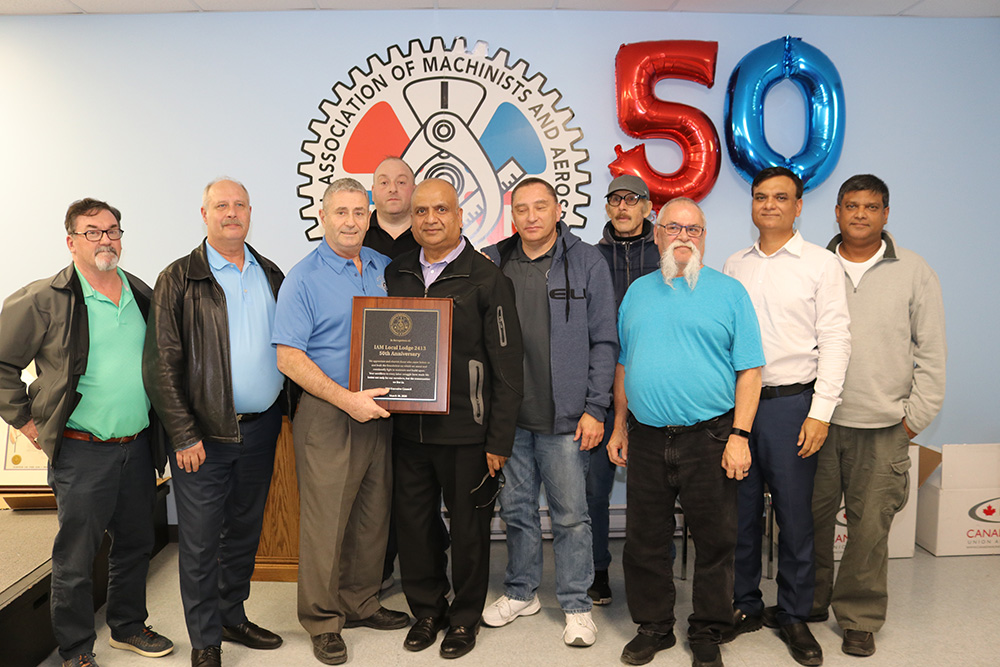 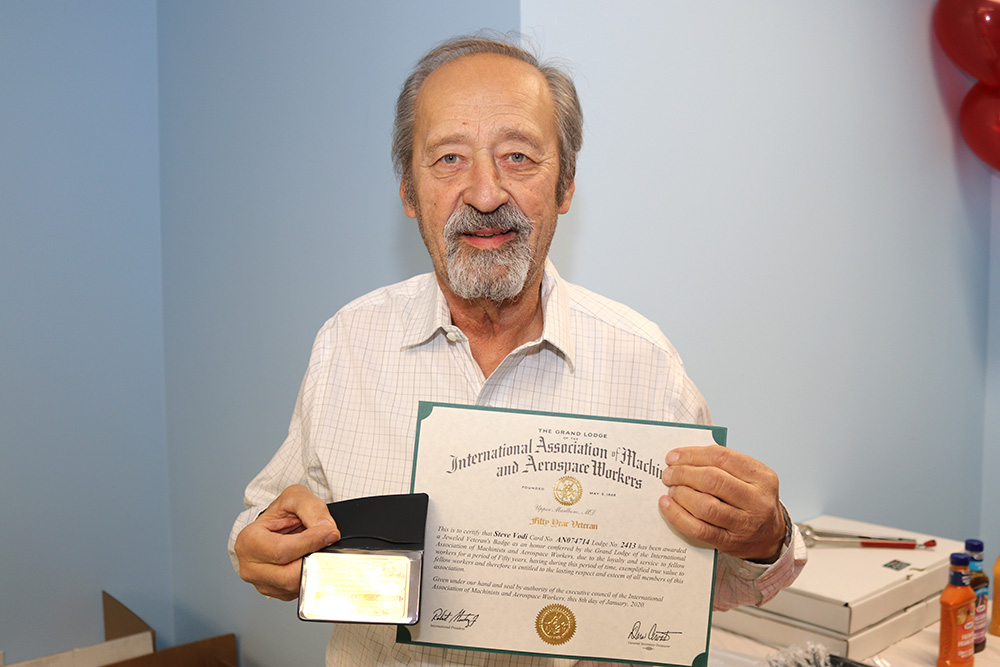 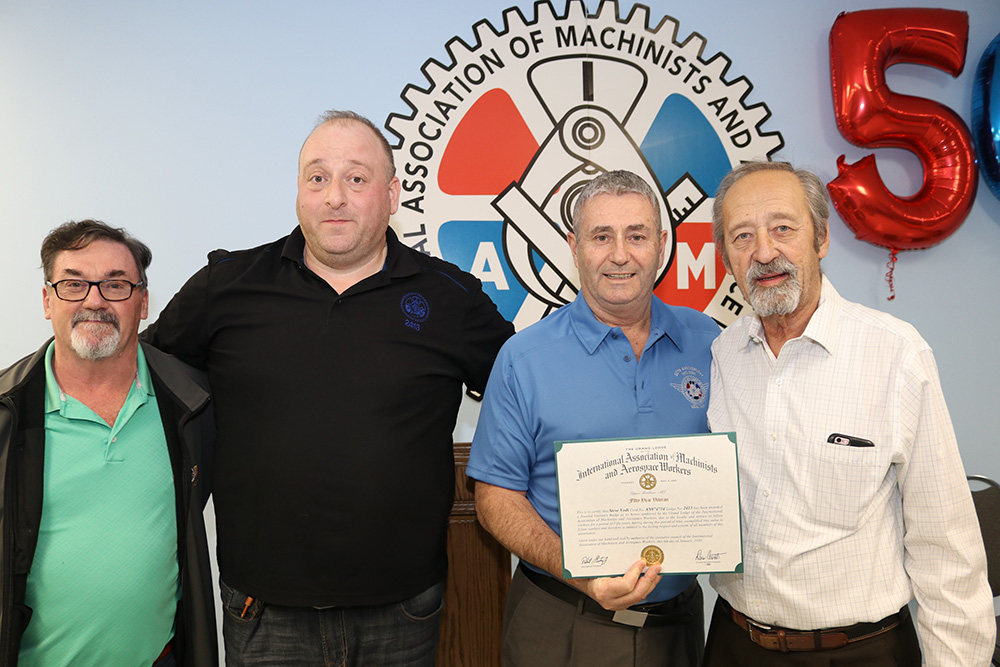 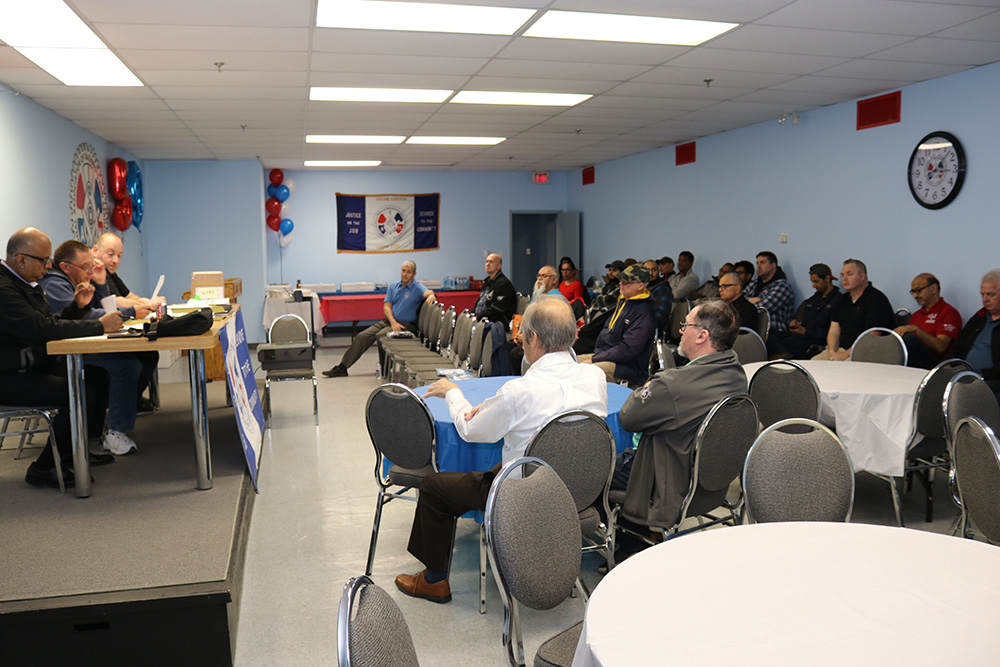 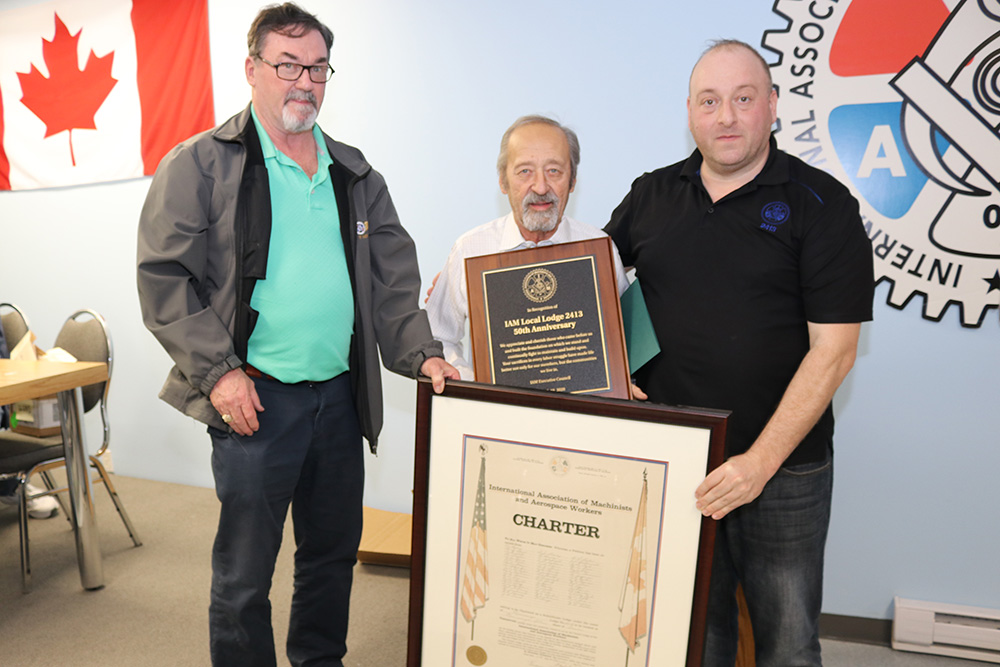 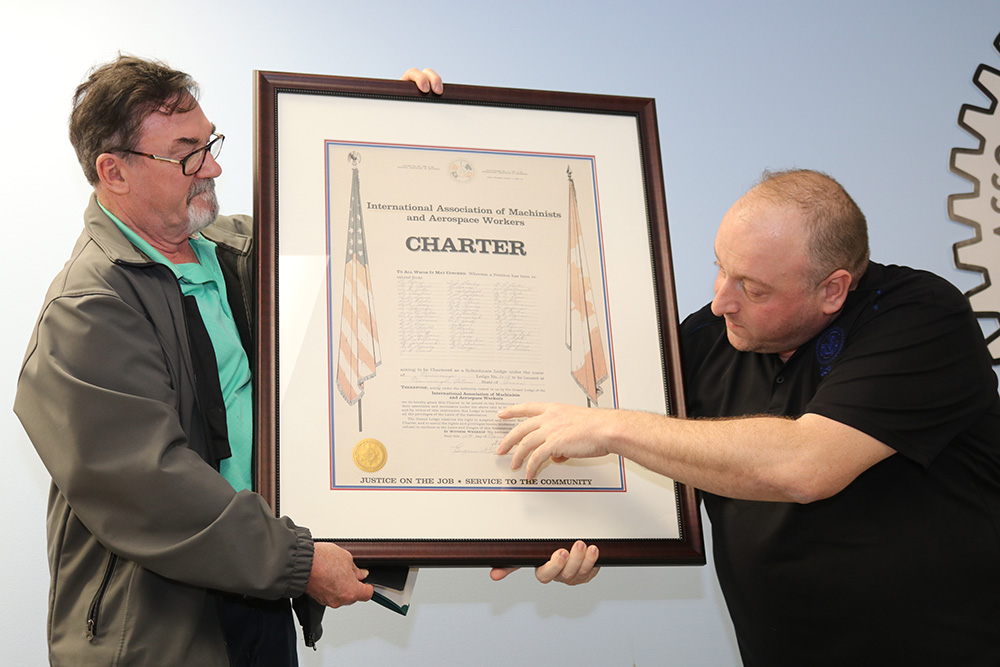 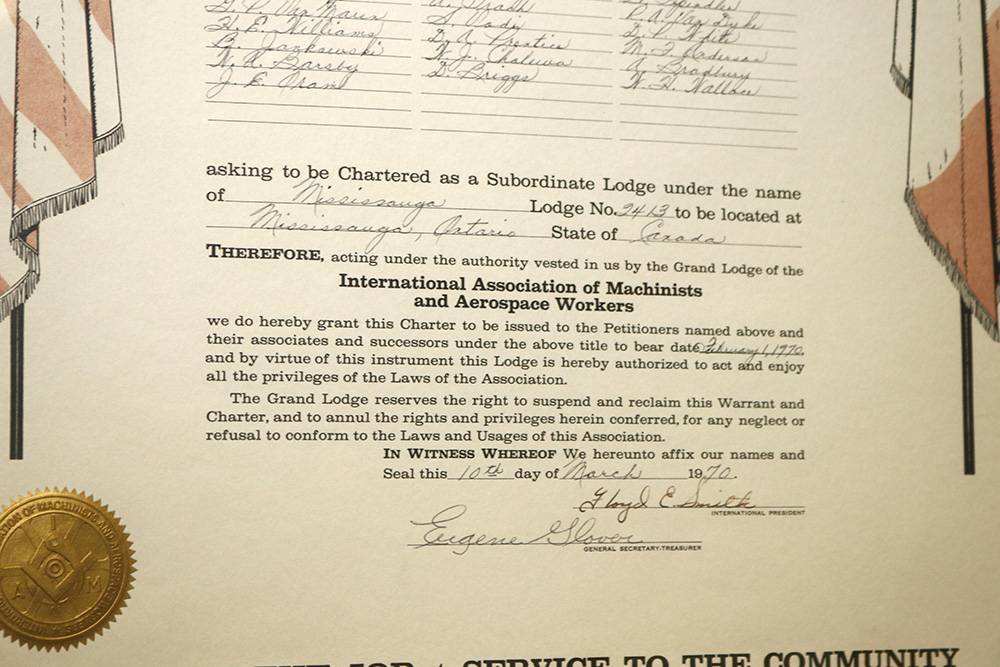 This article was originally posted on the IAM Canada website. View the original post here: LL 2413 Celebrates 50 years as Machinists!