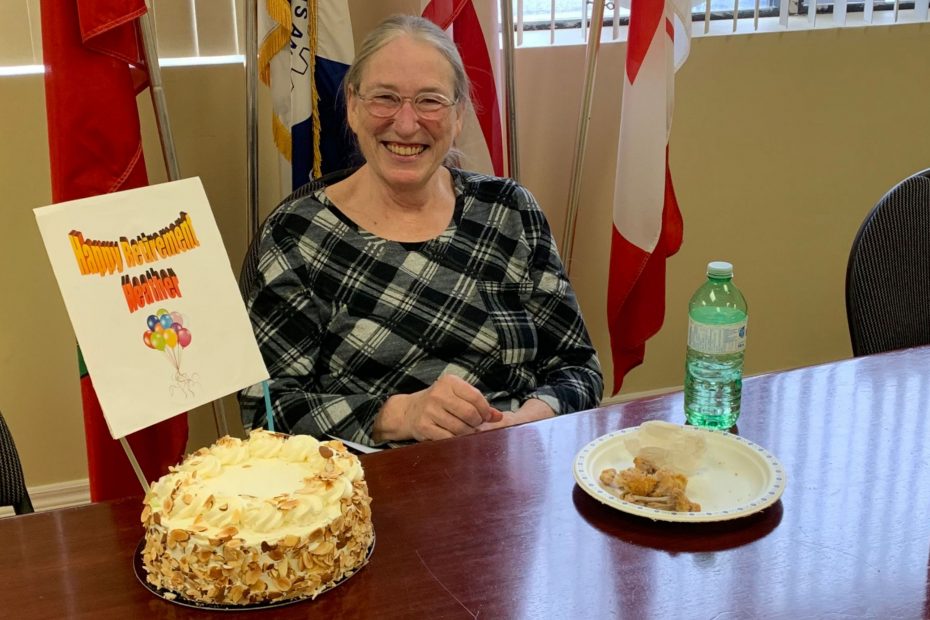 Very few of us in the IAM can remember a time when Sister Heather Kelley wasn’t playing an active role within the IAM and the greater Labour movement.

Heather became a member on February 1,1979, after starting work at Fleet Industries in Fort Erie. She quickly became involved in her Local and the Ontario Provincial Council before becoming an IAM Representative in 1997.

Most of us know Heather through her service to the members of the IAM as an educator and an advocate for women’s issues and human rights, but she did so much more.

We all wish you well Heather in your retirement, knowing that while you may have retired from your job – you won’t be retiring from the Union.