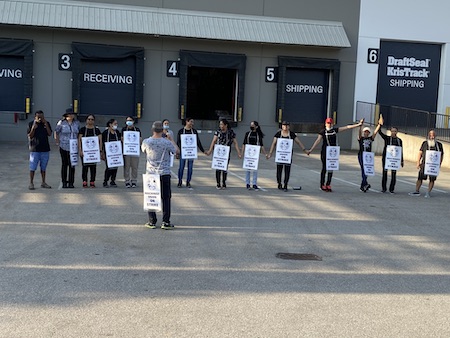 Langley, BC – Members of IAM Local Lodge are on strike as of this morning. The 32 members of Local Lodge 692 went on strike when they reached an impasse with the employer on improving their wages.

“Wages are the main issue,” said Andrew Tricker, Business Representative for IAM District 250. The members have been without a raise and have experienced first-hand the devastation that inflation and the cost of living have brought. They’ve been very patient, but that patience has run out,” he said.

The IAM is requesting that members of nearby locals, as well as members of the general public come out at support the members in their fight for better wages and standard of life. You can join them on their strike line by going to 4825 275th Street in Langley, BC.

This article was originally posted on the IAM Canada website. View the original post here: LL692 members at AK Draft and Seal strike for better wages