Yesterday, after years of lobbying and work with the NDP, the IAM and the Canadian labour movement can finally claim victory. On Nov.23, 2022, Bill C-228 or better known as the, Pension Protection Act was unanimously accepted by Members of the House of Commons, with pending final approval from the Senate.

“Too often workers have been forgotten by bankrupt employers, losing years of hard earned pensions. We all remember the devastation due to insolvencies of companies like, Eatons, Sears, Nortel, to name a few, that obliterated workers’ futures.” commented David Chartrand, General Vice President for Canada, who added that, “this legislation is the culmination of years of joint efforts, lobbying, awareness campaigns, petitions and meetings with public officials to hold employers accountable to the very people that built their businesses; workers.”

[PHOTO: Pollitical action at its best- when we go to Ottawa and put pressure on our elected representatives so they understand our issues and make laws that are good for workers.]

The IAM’s Political Action representative, Derek Ferguson took the opportunity to highlight the importance of member engagement in political action. “This milestone could not have been accomplished without efforts of our members in lobbying, campaigns and petitions, and while changing legislation takes time, we must never give up; relentless and continuous political action is effective, and the passing of this bill proves it.” said Ferguson. Inspired by this moment, Ferguson encourages members to get involved in the IAM’s political action initiatives as our collective action is far greater than business lobbyists on Parliament Hill.

The Bill ensures that in the event of bankruptcies, pensions are protected, placing similar obligations on employers as they have to other creditors. The Bill now gives priority to pension plans, which includes “normal costs” (the costs of benefits that accrue during a plan year) but, also any arrears in the applicable periodic payments required to amortize a deficit (“special payments”) and the actuarial deficit itself, including, costs to liquidate a plan.

While the IAM applauds the passing of the legislation, we firmly believe the bill should have been passed in its entirety, which would have included giving priority to severance and termination provisions.

Nonetheless, David Chartrand added that this is still a major victory, emphasizing that, “collective action of unions works, never again will workers lose their pension security through no fault of their own- not passing this legislation would have been a grave injustice to every working Canadian. It is a proud moment and a historic victory.” 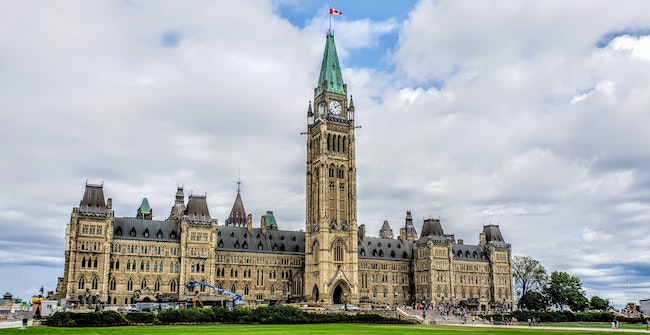