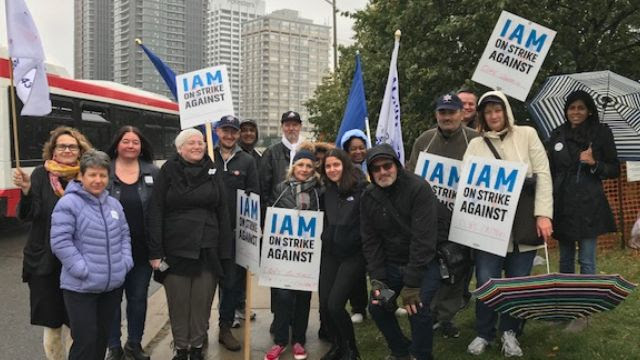 After spending close to one year trying to get a collective agreement, it was disheartening to hear that once the members were in a legal strike position the employer told them to leave their cell phones and computers at the office.

The 20 IAM members of COPE Ontario work throughout the province, representing and assisting COPE union members at their workplaces.

IAM District 78 Business Representative Jim Snider commented that these IAM members “are committed to getting a good agreement.”

Over the next few days we will be ramping up the campaign to do just that!